This web page is dedicated exclusively to the very important foundry tools – flasks (sometimes they are also called mold boxes or molding boxes) and transfer pallets for molding lines.

Flasks are stiff metal boxes, where the molding sand is compacted or rammed during the molding process.

Flasks can be roughly divided into two main categories: 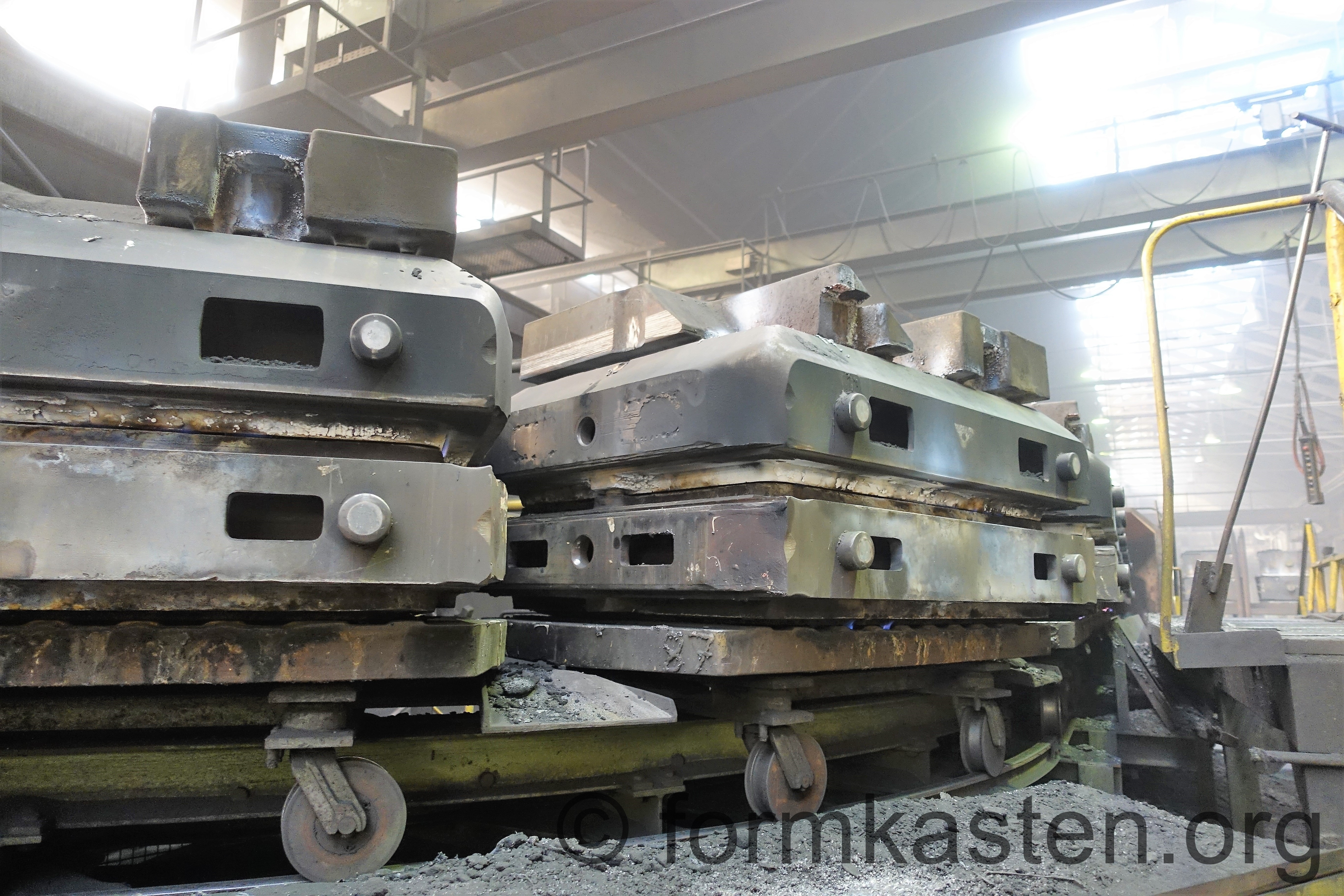 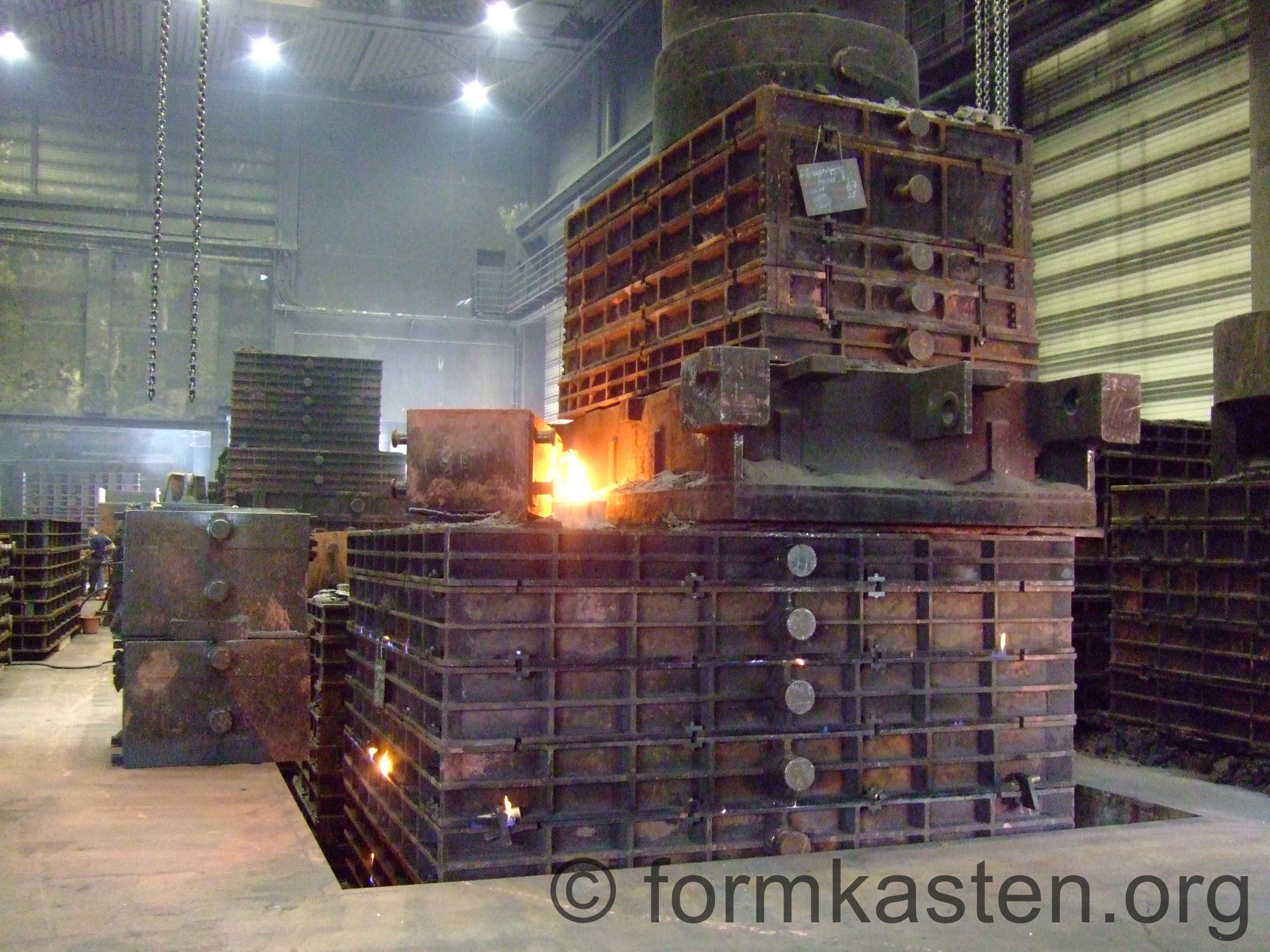 Transfer palletes are used for the transportation of flasks in the foundry. At the first sight they look very simple: flat pallets on small wheels. However, transfer pallets are sophisticated engineered parts which have to withstand significant levels of mechanical stresses. Just consider the weight of the flask with sand and metal in it as well as the mass of cast iron weights put on the flasks in order to avoid the floating. Furthermore, consider the forces caused by pushers. It is clear now that transfer pallets need to be built extremely robust and strong.

Flasks on the transfer pallet